The dreaded potluck is now done and over, and as I predicted, I am thankful that I was able to go. It would be nice to actually look forward to these events, but the severity of my anxiety prevents me from enjoying any social activity until it is over.

Yesterday my panic was so severe, I struggled to breathe. I was dizzy, and shaky, and could not think well. Thankfully my husband stepped in and offered to clean spiders off of our lawn chairs before we left, and agreed to carry the potato salad I had made to the table when we got there. That helped a lot. 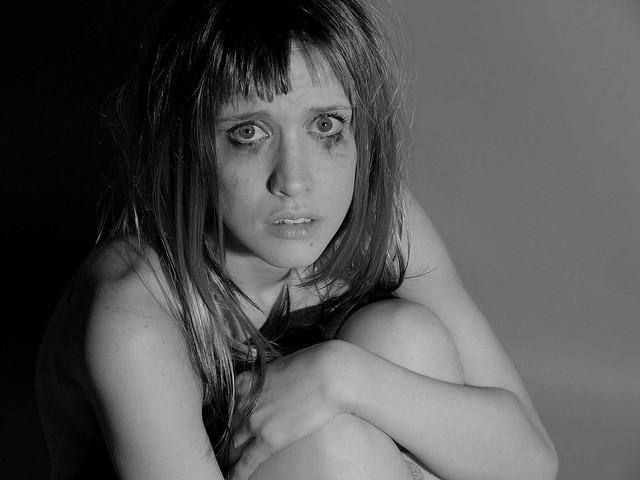 He also found us our place in the circle to set up our chairs. As is my norm in these situations, I was pretty much frozen to my seat until it was time to leave. I cannot get up and mingle, as other people do. The difficulty of getting up to get my food was really hard; to get up for other reasons would have been impossible. I just can’t do it; though my mind, while watching how other people are acting, is constantly reminding me that I should.

My husband is my lifeline in these situations. I am completely dependent on him, though I try not to show it as much as possible. Thankfully, he thought to ask me if I wanted something to drink, or I would have sat there feeling very thirsty, and unable to express that. He brought me water, and later ice tea, and helped calm me in that way.

He is also very good at thinking of things to talk about, so when people came near, he started up conversations, and I wasn’t left feeling awkward and unable to speak. Understand that I still can’t speak in these situations; my personality doesn’t change when my husband starts to talk – but having the pressure taken off of me allows me to enjoy these social events anyway.

Several people came to speak specifically to me. It was nice not to feel invisible, and I was glad they took the initiative, as I never would. A few years ago, I went with a group of about 20 to Mexico on a short term missionary trip. I was in school at the time, working towards being a carpenter, so this is what many of them asked me about. (The potluck was in honour of the missionaries we worked with down there.)

I felt shame on telling them that I was no longer working in construction, and that I was not working at this time – but they were all very supportive. They encouraged me in my work at home, and in finding a way to keep that up. It helps in this situation to be a part of a church where many still believe that being a housewife is a valid and positive choice. I am thankful to have that support, and not to be made to feel like a burden for being forced into a role that I happen to love.

After supper, for which I ate a decent amount, and only regretted taking meat (my appetite for meat isn’t very good lately, and I almost always regret eating it these days) many people got up to talk to each other. At this point, several other people came to talk to me, and we got to talking about my Autism diagnosis. Again, they were very supportive, and rather than making me feel like it was something I shouldn’t have been talking about, they left me glad that I had shared.

It is only because I am off of work right now that I was able to enjoy this social experience. When I was working, it was both unlikely that I would get a Sunday off to participate in these events, and too anxious about work to have been able to enjoy it if I did get it off – which goes to show once more that home is the best place for me.