Autism and Attachment: Letters to Loved Ones

This week I spent an afternoon writing letters to my Grandmother, and three sponsored children. My Grandmother has been sick and in the hospital for a number of weeks, but since she lives across the country, I cannot get to her for a visit. It is hard at these times to be far away from my family. 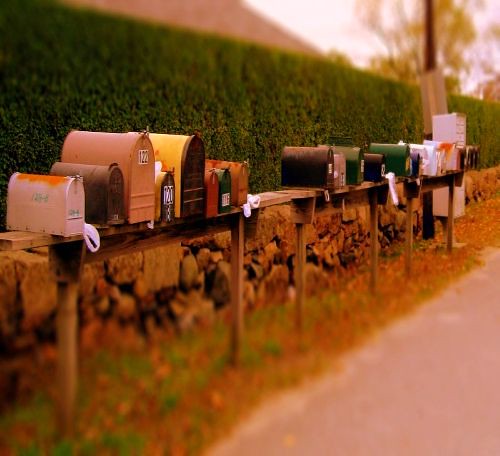 Growing up with Autism, as well as some pretty severe anxiety, I guess that I never felt close to my family the way N.T.s seem to define closeness. They were familiar, and I wanted to be where they were. I loved them. I even liked them; but I never felt like I belonged with them. Yes, they were MY family – but was I theirs?

That sense of belonging has always been a hard thing for me. I clung to them, because I knew them, but I was always afraid that they were only tolerating me because I was family. That is part of what I ran from when I moved away from all of them. That fear that one day they would reject me. I suppose I have strong abandonment issues that I will have to try and work out somehow.

I think that I am able to attach to people. I want them there. I miss them tremendously even years after we are separated; but I find it very difficult to show how much I want them here when they are around. I am afraid. I am afraid of losing them, and perhaps hold them too tight – or not at all. And then they are gone, and I am heartbroken.

As for my sponsored children, it is therapeutic for me to have them in my life – if only just through letters, and monthly donations. Since shortly after my three children were moved, my husband and I have sponsored children from other countries. It is so important to my healing that I be able to do this. It is one of the number one reasons why I feel that I need an income of my own – I am afraid that someone (my husband included) will tell me that I need to stop spending money in this way. While I may never visit them, I do treasure their letters and pictures that come throughout the year. I do feel an attachment to them, and it is still hard for me to have them cut out of my life.

Two of the girls we originally sponsored lived in a community which became self sustaining about a year ago. We no longer have contact with them, and I miss having them in my life. We now have two other girls, as well as the boy we originally sponsored, that I write to a few times a year. I feel my life has some meaning as long as I can continue to help these children, and write to them. It would pain me a lot, and cause me distress, to have that taken away for something as mundane as money.

So, as you can see, I believe it is very possible for people with Autism to have relationships, give of ourselves to others, and form attachments; it just might not look the same as what others expect from us.

Posted by Walkinfaith925 on August 13, 2015 in Autism: Out in Public, Experiences of an Autistic