The adoption seemed to be foreordained when we found out that I had watched the older child in my daycare for 2 years, while he was still living with his birth mom. During that time, he struggled quite a bit, especially with transitions in the beginning, but he quickly settled into life in my home. As a toddler and preschooler, he was often in my care not only during the daytime, but overnights and weekends as well.

To find out that we were now to adopt him and two of his siblings led me to feel a sense of peace that we were doing the right thing. 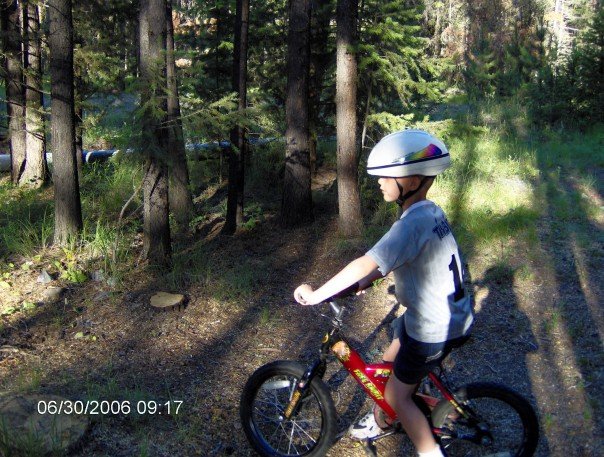 We received the paperwork with the reports on the children, and it was heartbreaking. To think of how much they had experienced in their short lives, and how it had affected them, just tore at me. I determined to make it my mission to help my children to not only heal, but to thrive in my home.

Before placement, we were told that the older two children especially had significant attachment issues. It was the social workers recommendation that I give up my daycare license, and focus on my kids; that because of their attachment issues, we should not leave them in the care of another for the first six months after placement, and that all gifts and food during those early months should come from my husband and I.

Those early days with our children were both highly exciting, and highly overwhelming. There was so much to do. I think it was a mistake, likely, that we spent much of that first summer up at the lake. The girls were too young, and there were too many people up there. That tied with the fact that we were supposed to be providing for all of the children’s care, and relatives at the lake wanted to participate, quickly led people to be dissatisfied with my parenting choices.

I tried to explain that it was at the social worker’s recommendation that we were not allowing them to watch or feed the children, but they didn’t understand. I think that showed the beginning of my downfall. When I am given rules such as these, and reasonable reasons behind them, I follow them. I can’t help it. I suppose they could call me controlling and rigid in this (and they did) but it isn’t even as if I came up with these rules on my own. I was only following what I had been told to do.

Over the next two years we settled into a routine of homeschooling (for which we had permission), crafts, stories, games, outings, appointments… life was full, and rewarding. The children were healing, and settling into our home. I even took them on a cross country trip (by car, camping along the way, no less) to meet with my family.

Knowing my children as I did by this point, I decided to make the trip a long one. Three months, including the 12 days or so of driving. I knew that my middle child would rage at the beginning and end of the trip. That was her response to disruptions in her routine. I knew the others would struggle with her rages, and we would all be exhausted for a while. Still I thought it was worth it, and expressed to others the reasoning behind my plans.

So when we returned, and it was followed by weeks of rages from my girl, it shouldn’t have surprised anyone. I had told them it would happen. Still they blamed me.

Unfortunately I agreed with my husband to take the children to the lake during this time, despite feeling it was too early, and my elder daughter was not ready. I went, and hoped it would work out… but it didn’t.

Having Reactive Attachment Disorder, my girl saved the worst of her rages for me. Others would come up to her, and she would walk with them, smiling. They would look to me as if to show me how it was done, but she would come back and be worse than before. They didn’t see it. They didn’t understand. It was the hardest weekend I had had, both with my children, and with my husband’s family. I felt judged, and misunderstood, when I needed support and understanding.

After we got home, my daughter healed. Things were finally getting back to normal, and I was still thankful that I was able to make the trip.

We had a meeting with multiple professionals in the children’s lives, including their previous foster parents and social workers. All of them commented to me on how well the children were doing, and how pleased they were with our care.

Since things were going so well, I once more agreed with my husband to take the children up to the lake. We did like it there, and it was often a lot of fun for all of us.

Unfortunately, my sister in law was also up there. She has never liked me. I have known this since the first time we met. She is a very intense person, and I don’t do well with intensity. She is also a teacher, and possibly the fact that I was already homeschooling my birth son by the time we first met was seen as a threat to her. Whatever the reason, she never liked me.

The children did very well that weekend, and aside from one instance where I was too paralyzed by her presence to get my children water when they asked for it (we did get it as soon as she got up and left) we did well in our parenting of them that weekend. There was no reason, then, as to why she would call the children’s ministry on us after we had left.

She confronted my husband on that trip, and we fought back. She questioned our parenting, though she neither witnessed my daughters rages, nor any struggles we had with the children, and still she questioned us – so we told her to leave us alone. That is why she called the ministry.

The children were removed from our home that Wednesday, and despite how the social workers and foster parents praised us the week before, they were suddenly all against us. Guilty with no chance to be proven innocent. And that is still how I see the world responding to me. Is it any wonder I have such anxiety?

Posted by Walkinfaith925 on August 25, 2015 in Autism: Out in Public, Experiences of an Autistic, Faith Walk

One response to “The Adoption Part Three”