RSS
← Autism: What Would They Think?
Autism: Whaler Seats and Round Caps →

When I was seventeen years old, I went to a ‘self-paced’ school on the west end of the city I lived in. I thought, since I struggled so much with school at times, that being self-paced would work well for me. And it did! That is, until there were group projects. Group projects were always hard on me, and being in a self-paced program made it even harder, as there was no one in my class at the same spot as me. I ended up dropping out, but my post is about other things.

I am sure that I had a bus pass at the time, as I lived so far from my school. However, I do remember often walking home from school – and activity that took about an hour, as I lived on the east end of the ‘mountain.’

Several of the houses that I passed during my walk had people in their yards, working on their gardens, or raking up their leaves. Old people. At that age, I always had a peaceful feeling come through my heart while watching old people – an amazing feat in itself, as my post traumatic stress disorder was especially strong that year of my life, and I was always afraid. 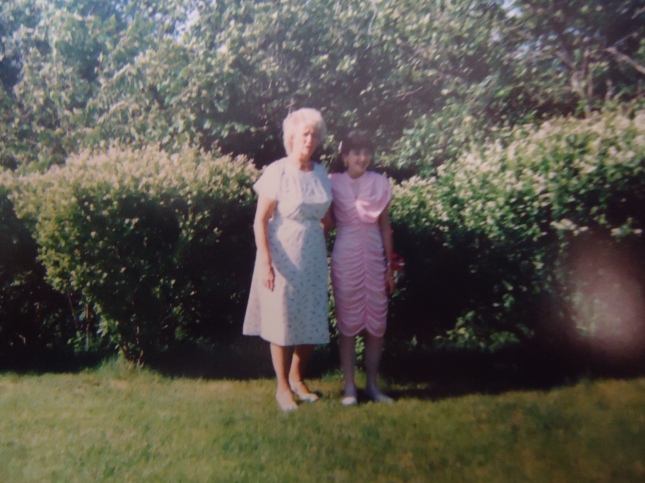 I always felt there was some peace in those last years, that I certainly didn’t feel at the age of seventeen, and I envied them. I really did.

And in those days, though I had the youth, and the health, and the time, that I can only long for now, I wished… I wished to know what it meant to be on the other side of life. Peace. Calm. Rest.

Perhaps it was that longing that eventually brought my husband and I together – though I certainly could not have imagined at the time that I would marry someone 24 years to the month older than me. But there is a settling, a stability, an acceptance, that he has which I long for still.

And do you know? Despite being nearly forty years old now, I still long for what I saw in those days – the age where I can finally be free.

Posted by Walkinfaith925 on April 21, 2016 in Autism: Out in Public, Autism: Reality, Sensory Issues, and Other Abstract Concepts

← Autism: What Would They Think?
Autism: Whaler Seats and Round Caps →