Autism: How Do I Know?

Once again I was sitting in someone’s house with my heart feeling as if it was about to explode in my chest, it was beating so hard. Sometimes I can sit there, almost calm, just listening to other people speak. But this time, I had something to say. I had been thinking of the question most of the week, and I thought maybe my answer was something they would like to hear. Sometimes they do.

So the question was asked, and everyone in the group had an answer. It was a small group that week, as people were away for various reasons. I listened to them. I tried to wait for a break, so that I could talk too – but though everyone else seemed to find their space to talk, mine never came.

All the while my heart was pounding, louder and faster until I almost couldn’t breathe. I prayed for calm. I prayed for a chance to speak. I prayed that once my chance came, I would be able to find the words to say… I knew what I wanted to say, but often the words don’t come out right, and it is really hard when I am unable to find silence in order to gather my words. That silence didn’t come.

And the moment the last person in the group spoke, and I was sure my turn would be next, they had already moved on to the next question. As the evening went on, I found a chance to say a few things, answer a few questions – but the question I felt was most important to answer passed me by.

How do I know I am saved? 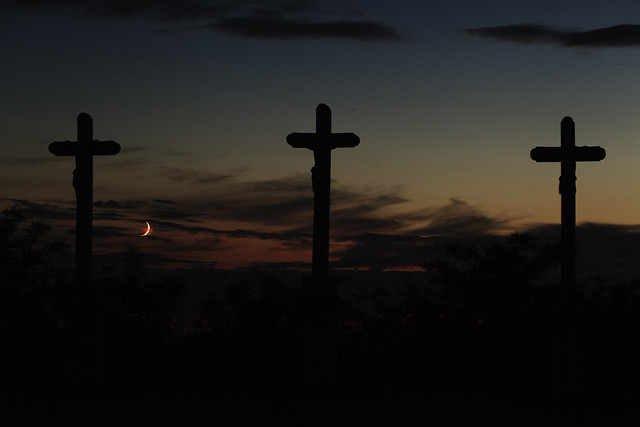 Perhaps the reason I wanted this so much was that I am not sure they believe I am… or maybe they don’t know that I am sure. After all, I never pray at prayer time. I stopped praying out loud long ago. I understand why people do, but my brain doesn’t work that way. I have trouble enough speaking my thoughts at the best of times, and when I do speak, it is almost always for the other person. So not only did I struggle to put my thoughts into words while I was praying, but I also feel like I am praying for the sake of the people around me, rather than talking with God.

If there is a quiet time during prayer time (it does happen) I will pray quietly in my head – but not out loud. When I did pray out loud, years ago because I thought it was right, it felt… manipulative. That is not how I want to talk to God. That is not what I want to be with other people. Manipulative. I know that is wrong. So I don’t pray out loud anymore – and maybe because of that, they don’t know I am saved… but I am.

So how do I know I am saved?

Years ago my husband said that when we found ourselves singing worship songs – not at church, but as an answer to a thought, or having them get stuck in our heads, or just suddenly singing them – that was the Holy Spirit prompting us. In order to have the Holy Spirit, we have to be saved.

Only even as a child, when I wasn’t Christian (and neither was my family) my favourite song was “Away in a Manger.” I must have sung that song more times in my life than any other, and it was because I liked it. I think we can choose to sing worship songs, without being saved – but then came my dreams.

For as long as I can remember, I have been dreaming of the end of the world. I am walking, alone, down a street after a devastating earthquake, or a bomb or something goes off, and I see so many bodies – people I know, people I don’t know – mangled, and hanging out of apartment windows, or strewn about the street, or something. Nobody is alive but me, and I feel so alone. So afraid.

Enter my faith. I still have the dreams. They are still very much the same. Only in these dreams, when all things seem lost, I have hope. I know where I am going. I know what is coming, but it is no longer everything. And I start singing. I sing when I am alone. I sing when others are there. The songs I sing are worship songs – and when I wake up, I know that was the Holy Spirit, there, even in my dreams. I have hope, even in my nightmares. I never had that before.

That is how I know I am saved.