It was like Ferris wheel seating, joined together in a train like a roller coaster, but without a track. It flew above the Toronto skyline, past the top of the CN Tower. It dipped, and turned, and twisted – but the seats tipped, and only had the front bar to hold us in. It was really scary.

Then I was in an airport, watching people moving around. I saw a young couple with a baby from my church. They asked me why I was there, but I really didn’t know. I went down an escalator. There were many floors below me.

I walked into an office with glass walls, and sat down by a desk. I was having an adoption home study interview. When the interview was over, I went to another floor, which was a museum, and started looking around. Some people I went to cadets with came up to me and started talking to me. They were warning me against a person I was supposed to meet, as the person had changed from when I knew them so long ago, and it would be dangerous; but I knew the person was struggling, and I knew why. It made me sad, and I wanted to help.

I walked away from them, and was on a deserted street with a large mountain on my right side, and several shop like stands, and other things I couldn’t see so well. It was Canada’s Wonderland closed down for the season – only the colours were dulled.

I was really nervous. Scared even; for this person I was supposed to meet was coming around a corner towards me. I could hear their footsteps, though I couldn’t yet see them, and I was afraid I wasn’t strong enough for this.

There was a cold stone bench, and I sat on it to wait, trying not to look nervous. Wonderland turned into a Sea Cadet camp (which is in BC, but I was still in Toronto – this I knew) which was also deserted. The person was still coming, and I was rehearsing in my head what I would say.

For the whole dream, I kept thinking: “This should be a dream, but it feels real,” and I was sure that it was.

Then I woke up on a bench at the airport in Toronto, and I saw the couple from my church, and told them I had a dream, and I was sure it was real until I woke up on the bench in the airport. I said I didn’t remember arriving at the airport, but it was okay, because I could get home from Toronto (meaning Hamilton where my family is) and would go see my mom.

When I left them, I repeated the dream I had had before, certain that this time it was real, only to wake up in my bed with my dog crawling out from under my blankets and asking if it was time for breakfast (cute squiggly, wiggly girl!) 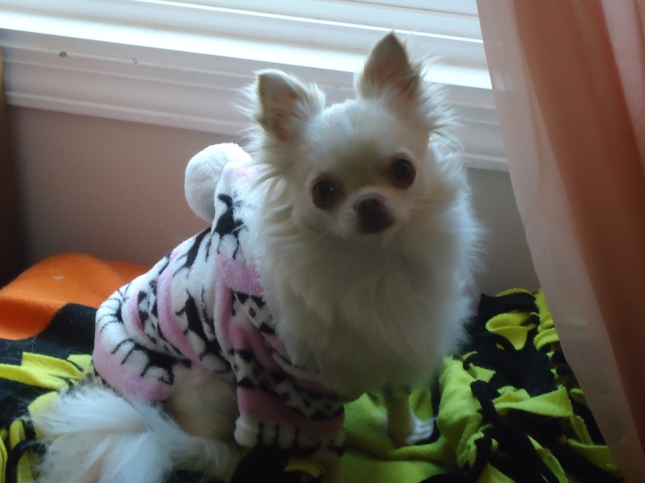 The day after wasn’t great as I was so exhausted, but I love it when my dreams are so real it confuses me while I am dreaming.

Posted by Walkinfaith925 on December 26, 2016 in Autism: Reality, Sensory Issues, and Other Abstract Concepts