It isn’t just him. In fact, there is only one person in the world that this doesn’t happen with, and that is my son. The thing is, though, that since we have been married for 13 years, I would have hoped this would have worn off by now… but it hasn’t. Obviously, it hasn’t.

I suppose the only way for me to be fully comfortable with a person is for me to have them constantly in my life from their infancy. There seems to be no other way around it. Had he gone to school, I am most certain I wouldn’t have been comfortable with my son, either.

I knew that from the time I was young, and that is the reason I wanted children so bad: because I couldn’t get close enough, or feel safe enough with people any other way. Only to reach that point in a relationship takes a lot of years, and likely too much attention on my part – and not enough socializing for them, I guess. Likely not a great situation for most children, though my son would not have accepted things any other way (I suppose because he is Autistic as well, and refused school and other places where he was away from home, with many other children, or otherwise uncomfortable.)

When I first left home, I lived with room mates – a friend, and my son’s father to be exact. Since none of us worked or went to school during that time, we were pretty much always together. Of course, that meant shared housework, and for my part, I couldn’t… I just couldn’t. They believed I was… “dirty” was the word they used, only we all knew I didn’t like the mess, and was very particular about cleanliness… “lazy,”is the other word and they likely believed it; and I believed them.

For years I believed this about myself; that I was a dirty, lazy, slob. The thing was that I hated the mess, the clutter, the things left undone. I HATED it! But rather than be able to clean due to that hatred, the environment drained me; so then I felt lazy, which reinforced what they were telling me.

And then I lived on my own, and suddenly for the most part, my home was clean; and I was the one cleaning it! Yes I was tired, and yes sometimes things were untidy (by that point I had a 1 year old to care for) but things were getting done… until depression hit, that was. I just couldn’t overcome the exhaustion of depression to keep up with more than caring for my son. The housework was just too much. Once again they labeled me: “Lazy,” “doesn’t care,” “dirty.”

Yet still I hated the mess, I just couldn’t overcome it. Once more, the environment drained me. Yet their labels stuck in my head, and though I fought them, I still believed them.

Until I overcome the depression (which returns in cycles that can last anywhere from a few weeks to a couple of years depending on the situation that set it off) and once more my house was clean, and I was cleaning it… all by myself.

For years I ran a daycare, and had my foster children, and my house was clean… but the thing was that when adults were around (or even older children and teens) I still couldn’t clean. I couldn’t cook, I couldn’t tidy, I could hardly move.

Though it has been 23 years since I first left home, I now know that if I were in that situation again – the one where people were around me all the time, and I was required to clean and do my part with them there, I still couldn’t do it. The labels would be repeated, and the people would believe them, and what is more, I would believe them… almost.

But the truth is I am not lazy (though my energy is extremely low, and I get overwhelmed easy) I am not dirty, and I do care very much! The more fitting description is that I become paralyzed, and unable to function with anyone over about 4 years old around me – and that is as true with my husband of 13 years as it is with a stranger that comes to help; and there really isn’t anything that can be done about that, for no amount of years, or practice, or immersion into those things has had any effect at all on my ability to function in that situation. So I can only hope that those who matter will understand, and give me the space to get things done. 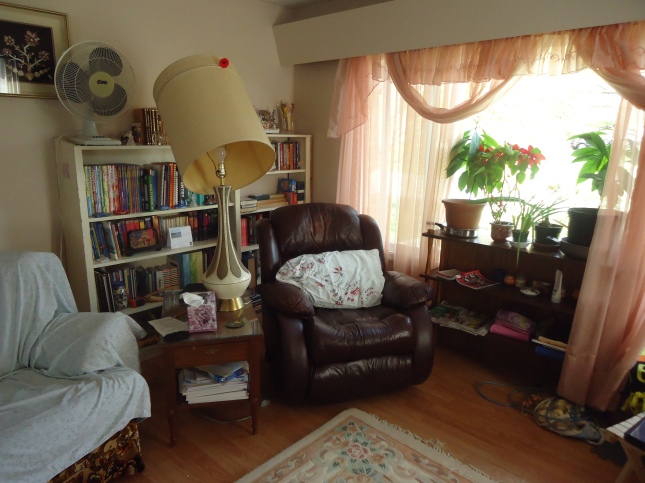 Posted by Walkinfaith925 on December 28, 2016 in Autism: Out in Public, Experiences of an Autistic