My son wasn’t diagnosed until after I was. I first suspected when he was 6 months old. He spend his first six months screaming, and then the next six months hardly made a sound at all. But then he was well advanced for talking (1000 word vocabulary at 18 months) and was reading at 4.5 years (not just readers, either – he would read the Robert Munsch books and Dr. Seuss, and others that size to my daycare children, and was able to read them upside down and backwards, even if he had never heard the story before.)

My son’s biggest sensory issues were with scents (he still can’t go down the cleaning isle in stores, and had to stick with unscented products made mostly for babies long into his teens) and water – he SCREAMED with every bath as a baby no matter how careful I was until he was about 7 and decided goggles in the water were sufficient. Even so he mostly refused baths and brushing teeth until he was almost 19! I did what I could, and thankfully he had strong teeth and never got cavities, but it was an issue.

My son also refused to go to school, and was very anxious in group settings. He was home schooled his entire life, but was supposed to do weekly conference calls with his online teacher and others in his class. He would lock himself in his room and cry until it was too late to participate. Also he has NO motivation to follow social expectations. He doesn’t care what other kids/people his age are doing, or what people think, or when things are due, or…

Before he reached first grade, I had to drag him away from educational toys and games to play at the park, or do other activities. Once he started formal education, and had people telling him what needed to be done, it would take 5 hours to complete a 5 minute question. So mostly I taught him what he was supposed to know, and he tested out – before even teaching him, he tested at a grade 4 level at the end of his Kindergarten year.

He is very smart, but has no motivation… Actually, I shouldn’t say that. Once we gave up ‘typical’ expectations of completing his work and getting his high school diploma (he finished all the required courses, but found ‘no point’ in doing the electives) he went back to what he was before 6. For the last couple of years he has spent hours of every day working on the things that interest him (learning German, learning to do Pixel art on the computer, ‘world building’ – designing worlds for video games…) and hasn’t missed one day in over 1.5 years.

The reason I finally got up the courage to get diagnosed was that one of my daycare children (the only one of 65 that I had cared for in my home that reminded me of myself as a child) was diagnosed with Asperger’s – which is also what my son and I would have been diagnosed with, only it is all Autism now, since the difference between the two seems to disappear once people reach adulthood.

Social Anxiety is very common among people with Autism – especially those of us who were undiagnosed much of our lives. It is caused by trying so hard to fit in, and always failing and by never being able to understand the social rules and cues that the majority of people seem to ‘get’ intrinsically, and feeling attacked and unaccepted by other people because of this.

I have a brother, two uncles, and an aunt that are all very likely Autistic. My brother wasn’t diagnosed because he had a head injury that caused brain damage at 4, and has his disability from that – but he struggled before the car accident, and wasn’t able to talk by that age when it happened. My mom and I both fully believe he is Autistic, but the diagnosis wouldn’t provide more help or insight into his life than he already has.

My uncles and aunt have all struggled a lot with life. They are/were hermits, on welfare… basically what society would see as rejects. I suppose if they were children now and could get diagnosed (one has died, the others won’t talk to people) they would have had a lot more help, support, and understanding.

Sorry, this is really long. I guess I get excited when people want to learn about Autism. 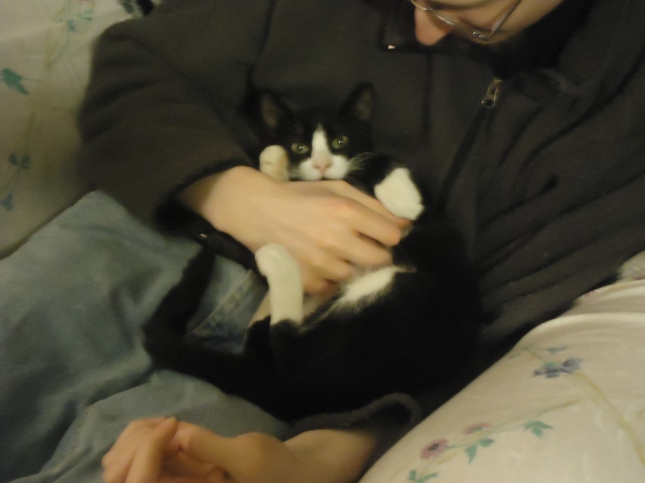 Posted by Walkinfaith925 on December 13, 2017 in Autism: Child and Teen Years, Experiences of an Autistic